Robert Rickover teaches the Alexander Technique in Lincoln, Nebraska and Toronto, Canada, working with individual students and with groups. He graduated from the School of Alexander Studies in London, England in 1981 where he also served on the faculty. He studied for over fifteen years with master Alexander teacher Marjorie Barstow and frequently assisted her in teaching her Alexander Technique workshops in Lincoln, Nebraska. Robert began a private teaching practice in Toronto, Canada in 1981 and maintains a dual practice since moving to Lincoln, Nebraska in 1990. For the past few years, Robert has been teaching students from around the world with Online Posture and Movement Coaching 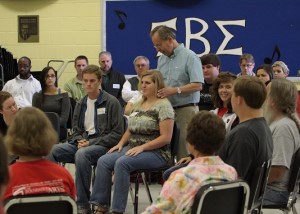 He holds degrees in physics and economics from Yale University and the Massachusetts Institute of Technology. Robert is a teaching member of the American Society for the Alexander Technique (AmSAT).

Here a video about Robert’s teaching: 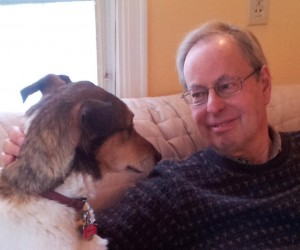 Robert at home with his dog, Sophie. Pictures of his previous dog, Wendy, can be seen here.

During the Covid-19 crisis, Robert is teaching online only: Online Posture and Movement Coaching

Normally Robert teaches individual Alexander Technique lessons and group classes in Lincoln, Nebraska year round. To arrange for lessons, call Robert at (402) 475-4433 or use this Email Contact.

During the Covid-19 crisis, Robert is teaching online only: Online Posture and Movement Coaching at https://movementcoaching.com

Robert normally teaches in Toronto 3 times a year, Bloor/St. George area. To arrange for lessons, call Robert at (402) 475-4433 or use this Email Contact.